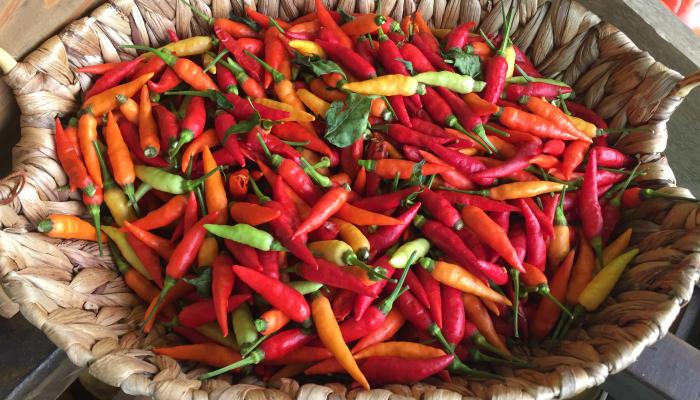 Ají caballero for sale at a market in Old San Juan Puerto Rico in 2016. (Photo by Frank Mangan)

Ají caballero (Capsicum frutescens) (gentleman’s pepper in English) is used to make a spicy condiment in Puerto Rico called pique. The word pique does not exist in Spanish. It could be that this name comes from the Spanish verb picar, which can be used to refer to spicy (hot) food, eg. esta comida pica, or esta comida está picante = this food is hot. Hot peppers are traditionally not used in Puerto Rican cuisine; however, many restaurants will have a bottle of pique on the table. (Figure 1) This one appears to be made with Ají caballero. Other hot peppers are also used to make pique. This one appears to be made with habanero peppers (Figure 2)

Several hot pepeprs can be used to make pique. The most traditional is ají caballero. 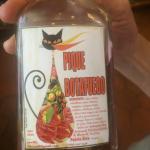 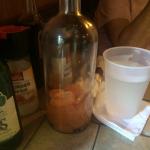