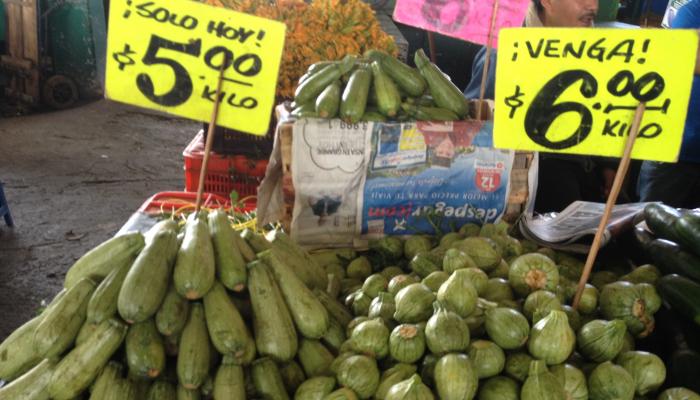 Two types of calabacita, "long" type (left) and "round" type (right) at a wholesale market in Mexico City in 2010. (Photo by Frank Mangan)

Calabacita (Cucurita pepo), translating to “little squash” in Spanish, is a very popular type of summer squash in Mexico, and variations of this squash, most also C. pepo can be found in other Latin American countries. Cucurbita pepo was domesticated in what is now Mexico and Central America (Morales Maza et al. 2013). All summer squash and zucchini squashes grown in the United States are also C. pepo.

The varieties preferred in Mexican markets range from light to a darker green. One market vendor in Mexico City said the preference was for the lighter green types (Figure 1). In Mexico, they will eat the tender, mature fruits as with summer squash in the US markets, but also mature fruits, buds, and flowers (Figure 6) (Morales Maza et al., 2013). In Massachusetts, markets will sell cousa types of summer squash varieties as calabacita (Figure 7). Vendors say the cousa types have a similar texture to calabacita.

(In addition, markets in Massachusetts sell cousa types of summer squash as pipían, a staple small squash in El Salvador and other Central American countries. In Mexico, the word pipían is the word used for ground seeds of squashes, which can cause some confusion. Cousa types of summer squash also have a similar texture of pipían, and are thus sold to Central Americans living in Massachusetts as pipían)

One way calabacita is used in Mexico is as an ingredient in vegetable soup (sopa de verduras), which will include carrots, potatoes, cabbage, and hard squash, among other vegetables. Figure 8 shows a bag of pre-cut vegetables for sale at small retail market in Merida Mexico in 2016. (Alejo Mantilla, a food guide with Intrepid Urban Adventures in Merida, Yucatán Mexico, January 6, 2017) Calabacita is also used as a side dish along with other steamed vegetables (Figure 9). 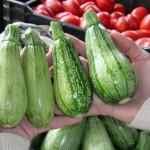 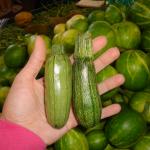 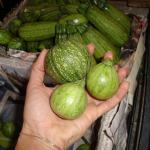 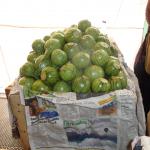 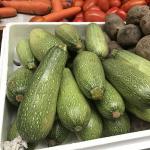 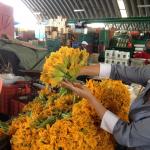 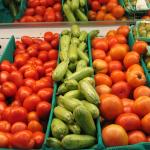 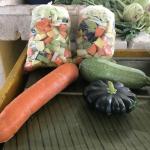 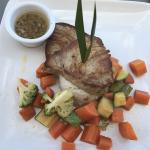 For information on production and management of calabacita, refer to the New England Vegetable Management Guide and click on "Pumpkin, Squash and Gourds". Use the information listed for summer squash and zucchini.