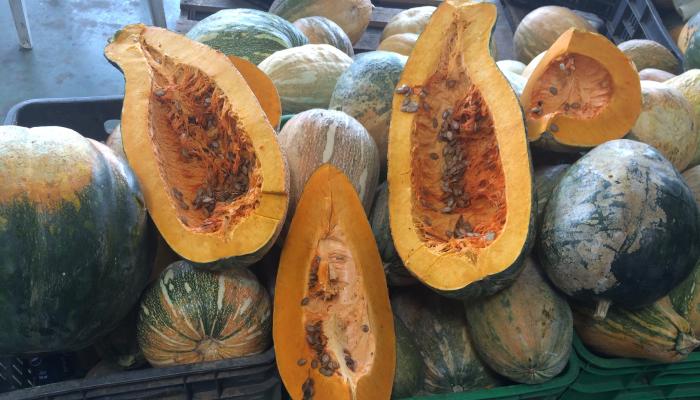 Calabaza for sale at a market in the Dominican Republic in 2015. (Photo by Frank Mangan)

Calabaza is the dominant name in Spanish used in Puerto Rico (Figure 1), Cuba (Figure 2) and Mexico (Figure 3); other names in Latin America are auyama (Dominican Republic (Figure 4) and Venezuela (Figure 5), ayote (Figure 6) in parts of Central America, zapallo (parts of South America), and West Indian pumpkin in parts of the English-speaking Caribbean. In Brazil, the word in Portuguese for hard squash is abóbora, which is also sometimes used as a substitute for calabaza in New England; in particular, the type called abóbora japonesa ("Japanese hard squash" in Portuguese). We’re using the word calabaza in this article to refer all types of hard squashes used in Latino markets that are C. moschata. Calabaza is used in different recipes in each country where it is grown:

Calabaza is added to rice, beans, and sauces as a thickener and is an ingredient in stews and soups. In these countries it is also used as an ingredient in sanchco, a type of hearty stew, along with other viandas (Figure 7). (Viandas are tropical root crops along with hard squash and plantains.) In Cuba this dish is called ajiaco.

Keeping in mind that Mexico is a large country with over 120 million people, calabaza is used in multiple ways in different regions. For example, in Merida Mexico, one type of calabaza is commonly found in markets with different sizes (Figure 8): the majority found in markets in Merida City, Mexico in late December/early January 2016 were small (Figure 8) and the fruit was immature because the flesh was not deep orange (Figure 9), which is typical of C. mocshata. Larger, more mature calabaza in the markets in Merida were rare (Personal communication, Frank Mangan).

In Merida, calabaza is used as one of the ingredients sopa de verduras (“vegetable soup” in Spanish) (Figure 10). Soups are a staple in Merida, especially for poorer families: they are easy to make and many different vegetables can be used, depending on price and availability, and these soups can feed large families for less than other dishes (Personal communication Alejo Mantilla, January 4).

The seeds of calabaza, known as pepita, are also used in Mexican cuisine. There are two types of pepita found in Merida: one where the whole seed, including the husk, is ground up (Figure 11 and Figure 12). The second type uses the seeds from large squashes, and in this case the husk of the seeds are removed and then the seed kernel is ground. This is then commonly mixed with epazote, which gives it a green color (Figure 13).

Tropical lines of calabaza can vine extensively, up to 50 feet long, and also produce very large fruit in excess of 50 pounds. These tropical lines are not well suited for production in the Northeastern U.S. due to the vining nature, requiring abundant space, and the fact that the fruit may not mature before frost. Many growers in Latin America save seed from harvest of these open-pollinated lines for the next planting, which leads to tremendous variation in plant growth and fruit size, shape and skin color (Figure 14). One reason for this tremendous diversity is that hard squashes are monecious (plants that have both male and female flowers on the same plant). This is unlike peppers and tomatoes, for example, in which each flower has both the male and female sexual organs, called perfect flowers, and thus self-fertilization in the same flower is common. This means there is less variation in the next generation when saving seed in peppers and tomatoes compared to crops in the cucurbit family such as calabaza.

Open-pollinated types of calabaza with tremendous variation in size, skin color, and shape used to be more commonly found in Latino markets in the Northeastern United States. Over time more uniform and smaller types have become more common. It is speculated that one reason for the move toward smaller and more uniform calabaza fruit is the damage done to large calabaza that are packed into 50 lbs mesh bags (Frank Mangan, personal communication). Smaller and more uniform calabaza types can be easily packed into bushel 1/9 boxes, which are traditionally used for smaller hard squashes produced in New England such as butternut and acorn types. These other smaller types of hard squash that have become common in Latino markets include kabocha, abóbora, and even butternut squash (Figure 15).

One key trait that Latino consumers want to see in calabaza is a deep orange flesh; kabocha, abóbora, butternut, and most other C. moschata hard squashes have the deep orange flesh consumers desire (Figure 16). Another reason for the growing preference for smaller calabaza types is due to the fact that many Latinos use small amounts of calabaza at a time. Calabaza is not traditionally used as a side dish in Latino cuisines, as is the case in many traditional, non-Latino households in the United States. Instead, as stated above, calabaza is added to dishes in small amounts at a time, which encourages markets to sell smaller sizes of calabaza. For this reason, when markets buy large types of calabaza they traditionally cut them into smaller pieces and wrap them in cellophane (Figure 17). One issue with this practice is that the calabaza pieces will begin to degrade more rapidly after being cut compared to hard squashes that are sold whole. This means that markets can lose a higher percentage of their large calabaza when they cut them compared to when they keep them whole. 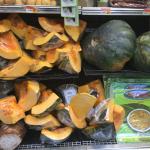 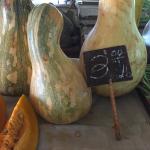 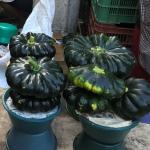 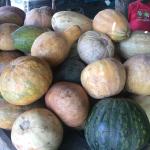 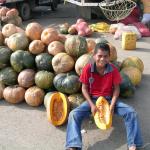 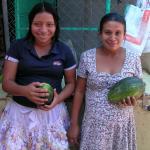 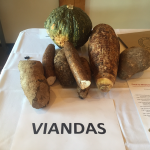 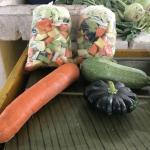 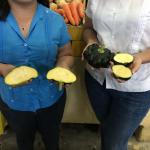 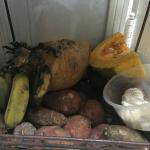 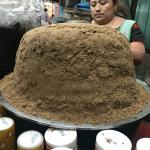 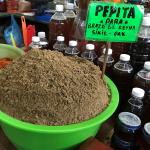 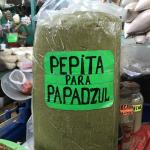 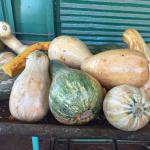 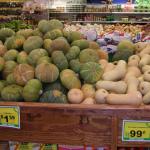 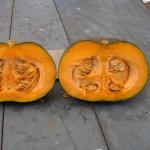 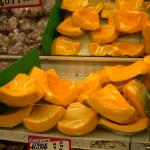 Grow calabaza using the same production practices for winter squash or pumpkin. Due to its relatively long days-to-harvest, it is recommended to use transplants in New England.

For information on production and management of calabaza, refer to the New England Vegetable Management Guide and click on "pumpkin, squash and gourds".

In the late 1990’s, researchers at UMass Amherst and commercial growers in Massachusetts trialed two hybrid varieties of calabaza developed by a breeding program at the University of Florida in the late 1990’s, “La Estrella” and “El Dorado”.  These varieties grow much better in our climate than the tropical OP lines and are very uniform (Figure 18). Trials in Connecticut for two of these varieties yielded 26 tons/acre of "La Estrella" and 35 tons/acre of "El Dorado".

Rupp Seed carries "La Estrella", which they have renamed to Winter Calabasa squash. 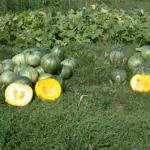 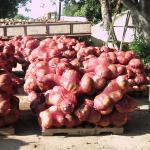 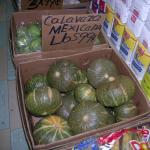 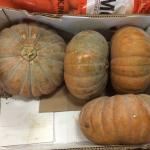 Mangan, F. (2016, November 16). Extension faculty at the University of Massachusetts, Amherst, and one of the authors of this article. He has travelled extensively throughout Latin America and Brazil for thirty years and has seen the transition from large open-pollinated types of calabaza to smaller, more uniform types