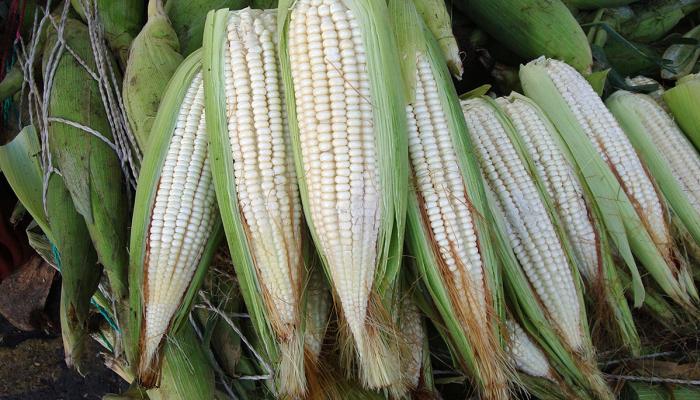 Corn is a popular crop throughout the Americas. It originated in what is now Mexico and was grown throughout the Americas when the conquistadores arrived. Sweet corn, which is the dominant type of corn for human consumption in the Northeastern United States, is not common in Latin America, although it is being introduced into some markets as a specialty item.

In El Salvador, white-colored corn dominates and is used for many dishes. It is ground into flour to be used to make pupusas, a staple of the Salvadoran cuisine, and is also harvested in the milk stage, called maíz elote,” and eaten similar to sweet corn.

In Brazil, there are many dishes made with corn, including main dishes (e.g. cuscuz), and deserts (e.g. pamonha), ). As in other parts of Latin America, field corn types of corn are used instead of sweet corn varieties.

In Cuba there are two types of corn grown, both of which are open pollinated varieties. One is called maíz criollo (national corn), which is the most common type planted. The second type is called gibara, which has a bigger ear than maíz criollo . They do grow popcorn varieties, but this is a small percentage of corn acreage.

When used in Cuban cuisine, corn is harvested when it is in the milk stage. If it goes beyond the milk stage then it is used for animal feed. It is used in several dishes with the most popular being Tamales (see photo). For this dish, and many others, the corn is ground up. Many markets will sell the corn ground or as a whole ear. It is also used in soups (guiso de maíz) among several other dishes. 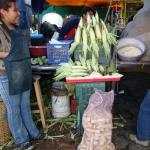 Field corn varieties of corn would be most appropriate for the traditional Cuban dishes. Cuban farmers save seed from one harvest to plant the next.

For information on production and management corn, refer to the New England Vegetable Management Guide and click on "corn, sweet". 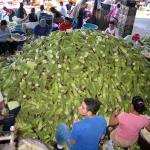 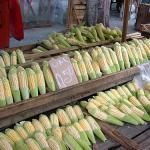