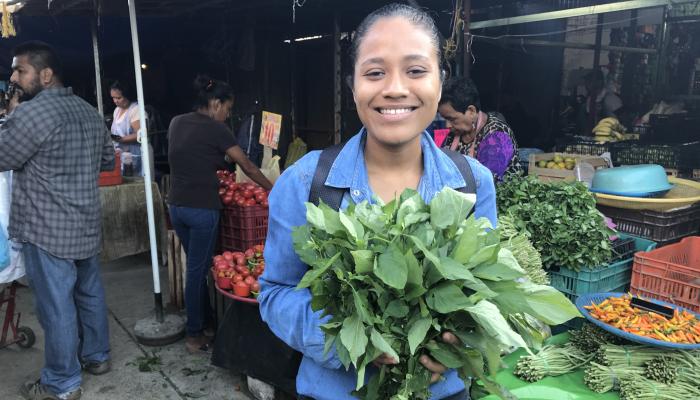 Hierba mora for sale at a market in Pinotepa Oaxaca in 2017. (Photo by Frank Mangan)

Hierba mora, also called just mora in Central America, is a leafy-green in the solanaceous farmily plant that grows wild in many parts of the Americas (Figure 1), including Massachusetts where it is called black nightsade. In El Salvador hierba mora is used in soups and also as an ingredient in pupusas, the national dish of El Salvador.

Hierba mora is a weed in many parts of the Americas and can be harvested wild. It is also cultivated on farms in El Salvador. Bunches are made from the foliage when the plant just begins to flower (Figure 2). The foliage will grow back after harvest and thus can be harvested multiple-times. This plant will produce black/purple berries which are considered to be toxic and are taken off the plant when harvested/sold (Figure 3).

In El Salvdor, it is commonly found in markets (Figure 4) 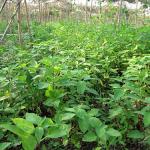 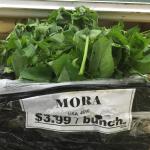 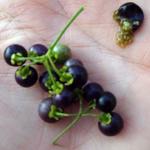 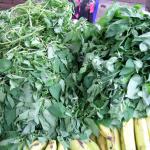 When we planted this crop at the UMass Research Farm, transplants were used and tranplanted into black plastic with double rows, one foot in the row, for a plant population of 14,500 plants/acre (Figure 5). Plants were cut before flowering (Figure 6), washed and packed in bushel 1/9 boxes for shipping to markets. 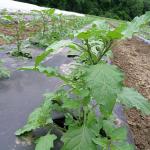 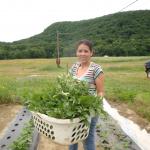 In order to lengthen shlf life, cooperating markets in Massachusetts are encouraged to wrap locally-grown hierba mora in plastic (Figure 7). 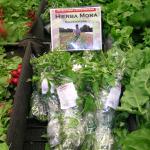