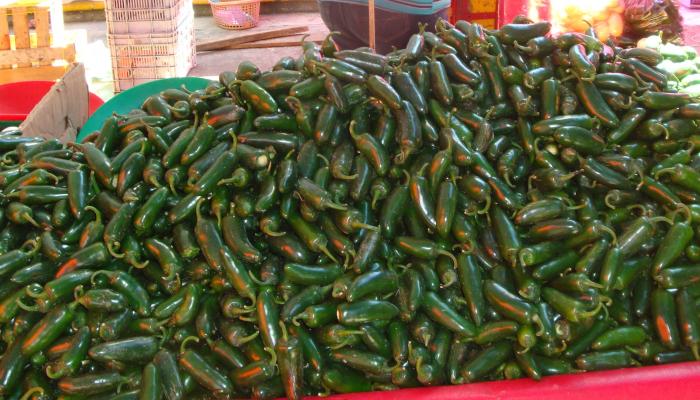 Jalapeno peppers for sale at a market in Puebla Mexico in 2010. (Photo by Frank Mangan)

Peppers are an essential component of Mexican cuisine with an amazing diversity of different types (Aguilar-Rincón, 2010). Figure 1 shows a list of 64 different types peppers used in Mexico and in which regions of Mexico they are most popular (Diversidad de Chiles en Mejico). In the United States, it would be useful to know which regions of Mexico the customers originate from. This would provide a sense of the types of peppers they use in their cuisine, and markets that serve Mexican customers could supply those peppers.

Jalapeno peppers, written as jalapeño in Spanish, are one of the most popular types of peppers used in Mexico with more 70,000 acres produced throughout the country in 2010 (Aguilar-Rincón, 2010) (Figure 2). The popularity of jalapeno peppers vary from region to region in Mexico. For example, it is not common to find jalapenos in markets nor are they commonly used in Yucatecan dishes; xcatic, habanero and various sweet peppers are much more common in this state and readily available in markets there. One can find jalapenos in markets in Yucatán but they are rare (Figure 3) (Mangan, personal communication, 2017).

Latinos of Mexican origin are by far the largest Latino population in the United States, estimated to be 33.5 million of a total Latino population of 56.6 in the United States (Krogstad, J. 2015). Given the popularity of many different peppers types among Mexicans there is a strong market for these specific pepper types in US markets that cater to Mexicans, including jalapenos (Figure 4, Figure 5). In addition, jalapeno peppers are becoming more popular with time among non-Latinos in the United States. It is now very common to find jalapenos peppers for sale in non-Latino markets (Figure 6).

Jalapenos have medium pungency, ranging from 2,500 to 8,000 Scoville units.

In 2008, researchers at the University of Massachusetts evaluated several peppers types popular in Mexico for sale in both Latino and non-Latino markets. The focus was to grow “traditional” Mexican pepper varieties that were considered more authentic than varieties, many hybrid, for the US market. This came from a conversation with Leo Romero, owner and chef of Casa Romero, a well-known Mexican restaurant in Boston Mass. Don Romero said that over the years he has noticed that the taste of jalapenos has changed, including the heat of the varieties he can find. He feels that the newer varieties are not has spicy, perhaps due to accommodate the non-Latino market that is not used to very hot peppers. We sourced several peppers types from Mexico with an emphasis on non-hybrid and/or varieties popular in Mexican markets. This included a jalapeno (Figure 7) variety that was marketed as an “heirloom” type along with other Mexican peppers. This “Pepper Mexican Heirloom Mix” was sold at two markets with mostly non-Latino customers. The pepper mix included habanero, guajillo, de arbol, poblano, and chilaca heirloom peppers in addition to jalapenos (Figure 8; Figure 9). (One downside to this project was that some customers would search through the mix for specific peppers instead of buying a mixture.)

In Mexico, hybrid varieties and open-pollinated, along with what are called criollo ("native" type in Spanish), jalapeno peppers are grown in Mexico. The hybrid varieties are 3 – 5 inches long and 1.2 – 1.4 inches in diameter with an elongated cylindrical shape. Hybrid varieties are used for the Mexican fresh market and for exports. Criollo types are also grown for the fresh market in addition for use in encurtidos and salsas since they are considered more flavorful than hybrid types (Aguilar-Rincón, et. al, 2010). 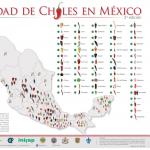 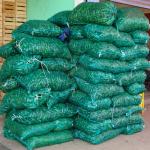 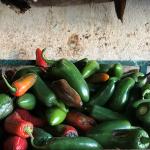 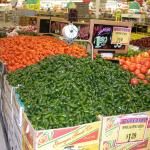 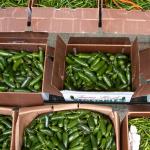 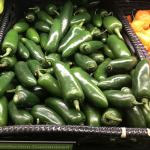 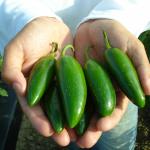 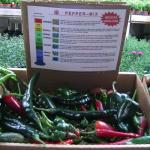 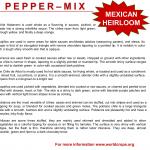 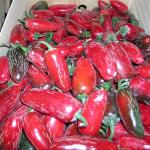 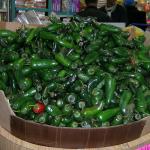 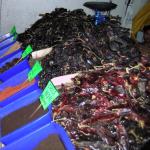 For information on production and management of jalapeños, refer to the New England Vegetable Management Guide and click on "pepper".