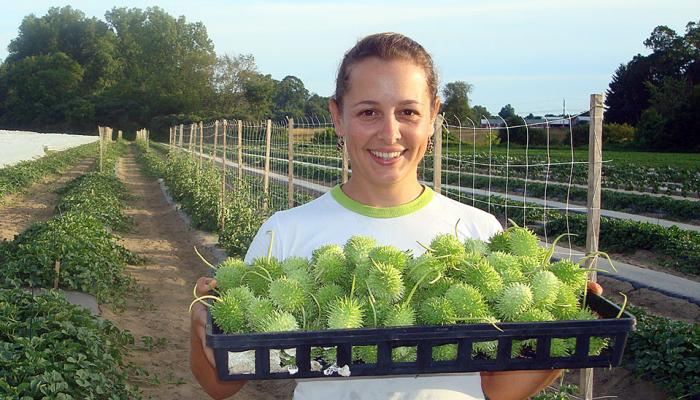 This vegetable, very similar to cucumber (Cucumis sativus), most likely originated in Africa. Also known as West Indian gherkin or bur cucumber, maxixe is a type of cucumber that was brought to Brazil from Africa during the slave trade. This crop was grown extensively in New England in the 18th and 19th centuries, known as “West India Gherkin” since it was thought to have originated from the West Indies. It was eaten raw and also pickled for consumption in the winter.

“Maxixe do Norte” is the most popular variety of maxixe in the Northeastern states of Brazil where it is consumed boiled, fried, stewed or used fresh in salads. The fruits of maxixe, which are about the size and shape of a chicken egg, can have either supple spines or smooth skin and are pale green in color. 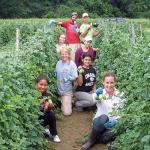 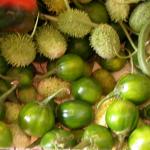 Grow maxixe using the same production practices as cucumbers. Maxixe is a frost sensitive crop, as all cucurbits, and should be seeded or transplanted after the threat of frost has passed. If starting as transplants, they should be started in the greenhouse 4 weeks before planting in the field. It is recommended to have 2 plantings since maxixe will produce fruit for about 3 – 4 weeks. The second planting should be started about 4 weeks after the first one to ensure season-long production. Maxixe will start producing marketable fruit in 6 – 7 weeks (if started as transplants – later is started from seed), and if 2 plantings are used, there should be production until late September or frost.

Refer to the New England Vegetable Management Guide and click on "cucumber, muskmelon, and watermelon". 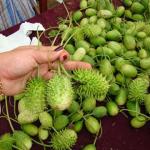 Maxixe seed can be special ordered through two companies:

Maxixe is an extremely rich source of zinc and it is low in calories (5.1 cal/100g of fruit). Click here to see a video in Portuguese with English subtitles on how to prepare maxixe Salsa (In Portuguese: (vinagrete com maxixe).