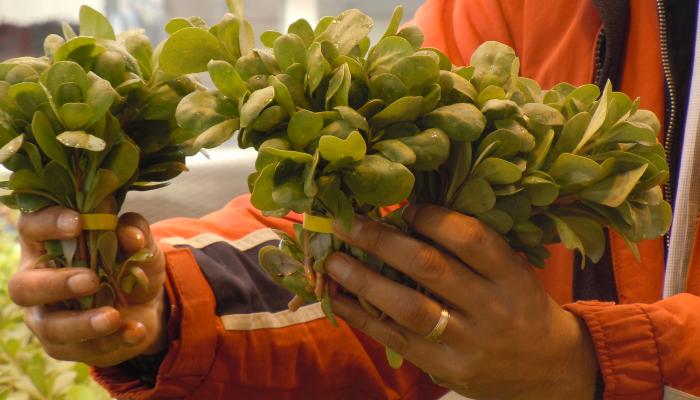 Verdolaga is a vegetable green used in many countries in Latin American, Europe and the Middle East. In Latin America it is called verdolaga; in English-speaking countries it is often-times referred to as purslane. It is believed to be native to Iran or India, although it was present in the New World at the time of European colonization.

Many farmers in the Northeast know it as the herbaceous weed, common purslane (also Portulaca oleracea) (Figure 1). Purslane is valued for its high levels of Omega-3 fatty acids; it is considered to higher levels of this essential fatty acid than any other vegetable. It is used extensively in Mexican dishes and is commonly found in markets (Figure 2). One common dish in Mexico is called Espinazo de Puerco con Verdolagas (Pork neck with verdolaga) (Figure 3) (Figure 4)

Purslane is a common weed on farms in the Northeastern United States and there are farmers who harvest the weed for markets. One farmer in upstate New York disks fields that have the weed persolane so that they will proliferate (Figure 5) (Figure 6). Research at UMass Amherst evaluated commercial varieties of purslane for production and market acceptance. One advantage of using commercial varieties compared to the weed is that the commercial varieties grow more upright compared to the weed which grows prostrate on the soil (Figure 7). It makes it more difficult to harvest the weed given that the leaves and stems are on the soil compared the commercial types which grow upright; the weed needs to be cleaned of soil on its leaves and stems. The commercial purslane varieties do not have as much soil on them and are easier to harvest and bunch. 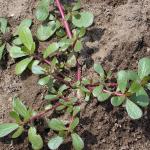 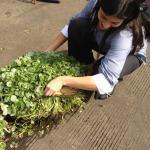 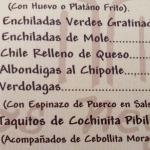 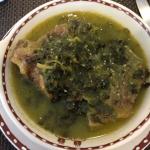 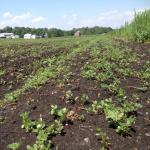 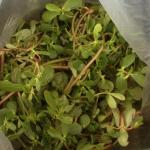 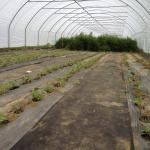 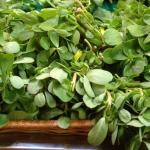 There are farmers in Massachusetts that promote the growth of the weed common purslane and harvest them for ethnic markets. There are horticultural varieties which are larger and grow more upright than the wild species.

Verdolaga can be direct seeded or as a transplant. Trials at UMass used transplants with three – four plants in each plug. For production of the wild type, one farmer disks a field that is infected with common purslane to encourage uniform growth. 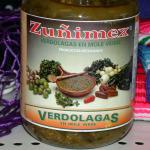 It is an excellent source of Vitamin A (100 g provides 44% of RDA). Purslane is also a rich source of vitamin C, and some B-complex vitamins like riboflavin, niacin, pyridoxine and carotenoids, as well as dietary minerals, such as iron, magnesium, calcium, potassium, and manganese.