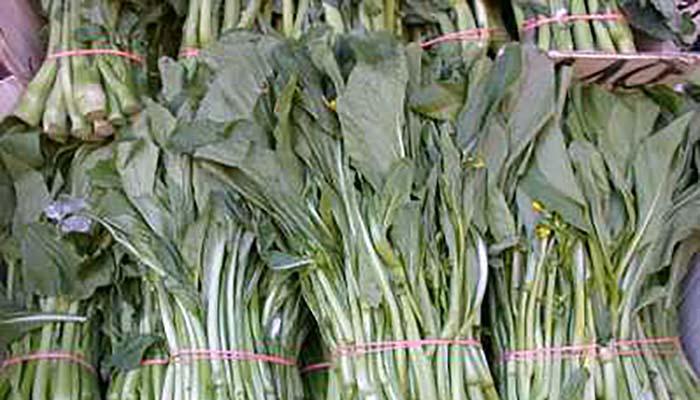 Yu coi for sale at a market in Chinatown, New York City (Photo by Frank Mangan)

Yu Choy, also known as you cai, cai hua (Mandarin,), and yai tsoi (Cantonese), is grown mainly for the young leaves and flowering stalks. For centuries it was grown for the oil in its well-developed seeds which were used in cooking and lamps. It is easy to confuse Chinese broccoli and yu choy since they look similar. The two main distinguishing features are yu choy has yellow flowers (Chinese broccoli has white flowers) and yu choy has a thinner stem. Based on surveys in markets in Dorchester, Mass. (where there are 20,000 Vietnamese) yu choy is more popular than Chinese broccoli. 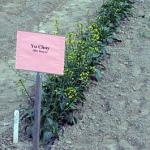 The plant grows vigorously in our spring and fall, but has a tendency to bolt prematurely in hot summers.

For information on production and management of yu choy, refer to the New England Vegetable Management Guide and click on "Broccoli, Cabbage, Cauliflower, and Minor Cole Crops". 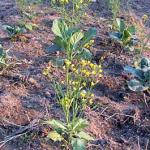